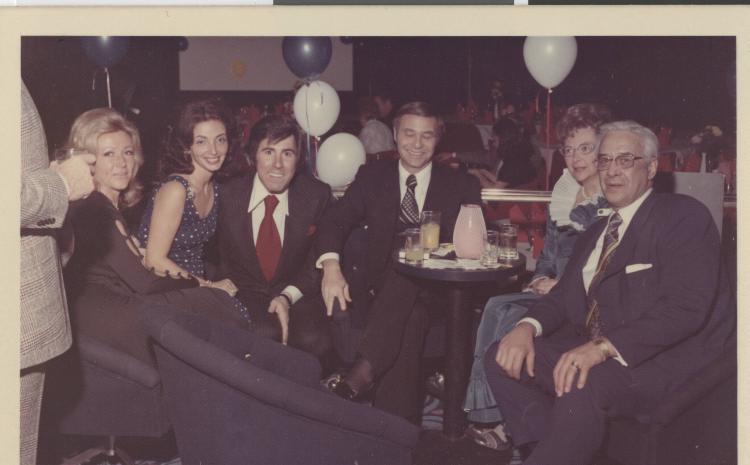 Jewish Americans were intensely involved in the underground gambling enterprises of the early 20th century in cities throughout the nation. In the 1940s and 1950s, those who participated in illegal gambling at many levels, from dealer to investor, moved to Las Vegas seeking legitimacy. The most notorious example is Benjamin “Bugsy” Siegel, whose ill-fated run at the Flamingo ended with his murder in his Beverly Hills home. Others made more lasting contributions. Gus Greenbaum and Moe Sedway remained involved with the Flamingo after Siegel’s death. Jake Kozloff managed the Last Frontier and other properties. Moe Dalitz led a group of Cleveland investors who assumed control of the Desert Inn and later built substantially outside the Strip. Carl Cohen and Jack Entratter at the Sands helped to define the “Rat Pack” era of Las Vegas. Jay Sarno brought the inspiration for Caesars Palace and Circus Circus to Las Vegas. After the influx of corporate capital and managerial acumen, the influence of this generation lessened, but two individuals—Steve Wynn and Sheldon Adelson—became prominent casino owners during the corporate era; both preside over publicly-traded corporations. Like the industry itself, the Jewish presence in Las Vegas gaming has changed with the times.