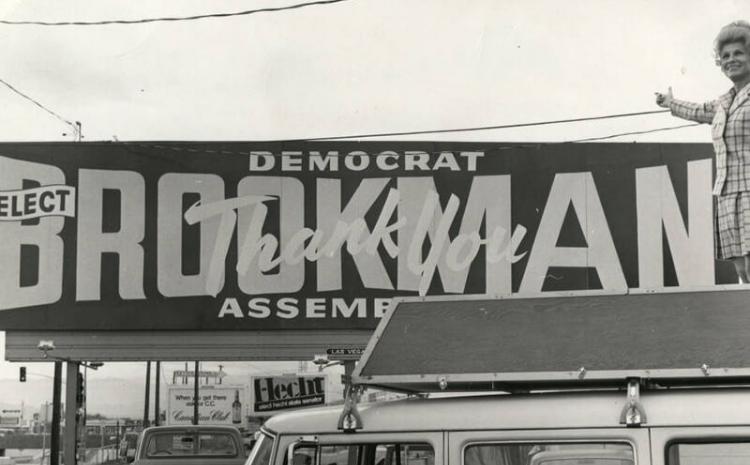 Ethnic and religious politics have a long history in America, from the Irish in political machines in Boston and New York to ministers in the civil rights movement and recent debates on abortion and LGBT rights. Jewish Americans have been politically active in many cities across the country, and they have left their imprint on southern Nevada politics. Historically, Jews have belonged to more left of center political parties, and this has been largely true in Las Vegas, from Democrats Shelley Berkley (assemblywoman, higher education regent, and congresswoman) and Myrna Williams (assemblywoman and county commissioner) to Mayors Oscar and Carolyn Goodman, who have been Democrats and Independents. But the Goodmans also have staked out more conservative positions, or ones critical of Democrats, while Nevada’s only Jewish U.S. senator was longtime Las Vegas businessman and politician Chic Hecht, a conservative Republican. Their careers and interests suggest the importance that Jewish communities have attached to civic engagement, and to the robustness of debate on issues and personalities.