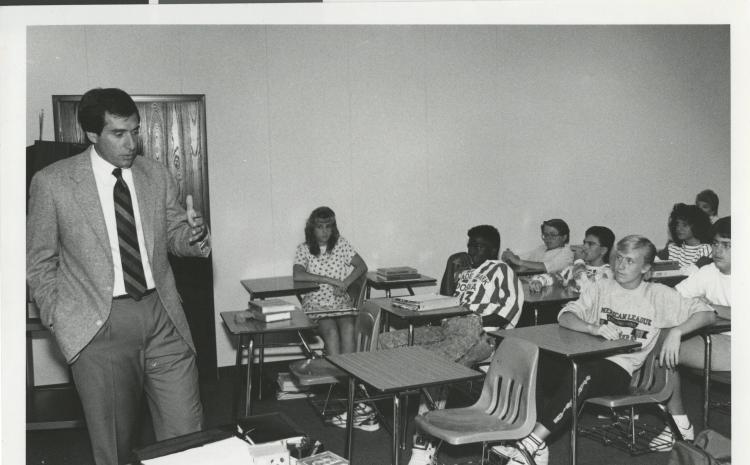 Las Vegas’s history reflects the long-standing Jewish emphasis on education, and the difficulties of funding and maintaining schools in a rapidly growing city where the Clark County School District averaged one new school opening per month during the 1990s. The Jewish community's significant contributions to education reflect its commitment to a better educated populace. A dozen local public schools have been named for Jewish supporters of education and community-building, and the names of business leaders like Moe Dalitz, Milton Schwartz, and Sheldon Adelson appear on private Jewish schools. This commitment to education is also evident in the Sperling Kronberg Mack Holocaust Resource Center's partnership with the Clark County School District to provide a variety of sources and methods for teaching children about the Holocaust. Spearheading this effort was the namesake of a local school, Edythe Katz-Yarchever, who was also the first chairperson of the Governor’s Advisory Council on Education Relating to the Holocaust. Other education programs originating from the Jewish community include the Anti-Defamation League's No Place for Hate program, the Clark County School-Community Partnership Program (Mark Fine was founding director), and the Flora and Stuart Mason Undergraduate Peer Research Coach Program at UNLV.