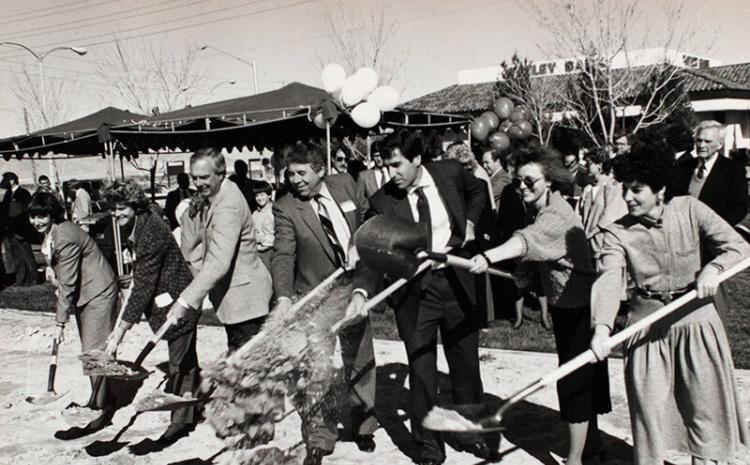 As they did in other developing western cities, Jewish migrants to Las Vegas found ample opportunities in business and real estate—and, as they had elsewhere, tried a variety of approaches. One of the early twentieth-century arrivals, Adolph Levy, invested in numerous plots of land and businesses. Nate Mack was involved in numerous enterprises in Las Vegas and Boulder City in the 1930s. His son Jerome partnered with E. Parry Thomas in the Bank of Las Vegas, with Thomas taking charge of loans and Mack of real estate investments. The land abutting Maryland Parkway, one of southern Nevada’s main arteries, is just one of the areas that reflect the influence of the four Jewish businessmen who founded Paradise Development: gaming executives Moe Dalitz and Allard Roen, and builders Irwin Molasky and Merv Adelson. Similarly, Jewish builders were crucial to two major residential developments: Hank Greenspun acquired the land that became Green Valley, and Mark Fine developed it for him, then moved to The Howard Hughes Corporation to be the driving force behind Summerlin.