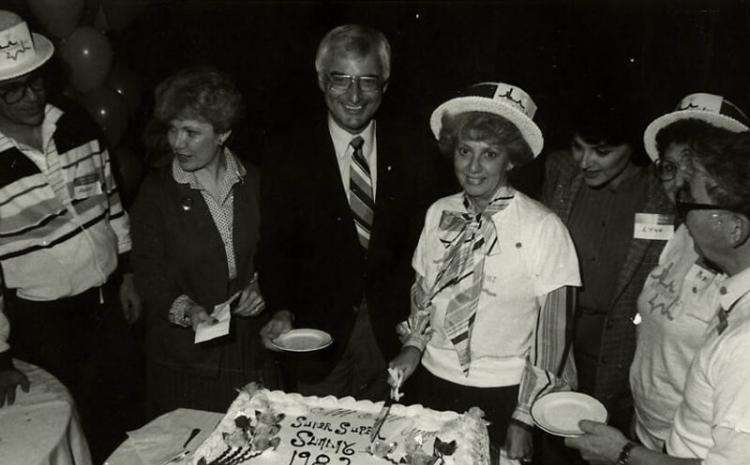 The Jewish belief in Tzedekah or giving has permeated the history of the Las Vegas Jewish community. From the formation of a chapter of the Sons and Daughters of Israel in 1932 to the birth of Temple Beth Sholom in 1943, through various fund-raising activities and today’s Jewish Federation of Las Vegas, Southern Nevada’s Jewish residents have involved themselves in trying to build a better place—for themselves and their people, but also for the community at large. While the efforts of the Jewish Federation and the Jewish Family Service Agency form the core of the community’s targeted service—both fund-raising and providing aid—individuals, groups, synagogues, and Jewish-run businesses have served the community in myriad different ways, contributing to everything from the United Way of Southern Nevada to the University of Nevada, Las Vegas.