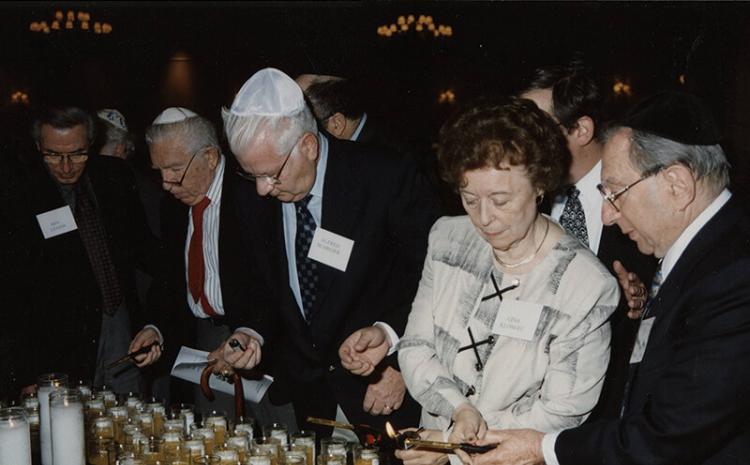 Las Vegas has been home to Holocaust survivors who were eyewitnesses to some of the most horrific events of the last century. They came to the United States to rebuild lives out of the ashes of the destroyed Jewish communities of Nazi-occupied Europe. Here they found freedom to become among the most appreciative of American citizens, eager to contribute to their new homeland.

As we lose our precious survivors with the passing of time, we strive here to preserve their stories. We also include the survivors’ legacy as expressed by their children and grandchildren. Each story is individual and carries its own weight and complexity.

The Holocaust has profound and particular power for those who grew up in its shadow, but that is where its particularity ends. As much as it affects Jews, it is not a Jewish story; it is a human experience.

This is not just history, nor is it about our generation only. Its implications reach into how we live now—and for generations to come.